It’s one of the most important social media networks ever; in fact, it was one of the first social media networks ever, being released in 2006, only two years after Facebook. Now, almost 20 years after its release, and with more than 330 million average daily users, it’s surprising to note that there are still people out there who are unfamiliar with the platform. We’re here to change that by helping you understand some of the lingoes, and answer some questions you might have about the microblogging site.

A twitter handle is basically your username: it’s the name you use when you’re on the platform and the URL that your profile will use. Twitter handles must be no longer than 15 characters, and can only contain alphanumeric characters (A to Z and 0 to 9), with the exception of underscores. 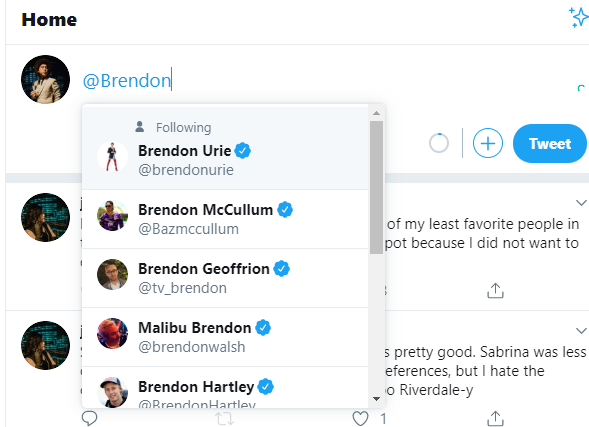 Using the @ symbol on Twitter allows you to tag another user in a tweet or a reply, notifying them that they’re being spoken to and/or added in a conversation. When a person uses the @ symbol with another Twitter profile’s username, they’re replying publicly to that user (although other people can still see the exchange).

What is a “Retweet”?

Retweeting is one of the cornerstones of the Twitter eco-system. Yes, original content is important, but Retweeting, or RTing, is what gets all this content to spread. Basically, retweets are what make tweets, things, people, and situations go viral.

The term DM is short for Direct Message and is a way for two Twitter users to exchange messages privately. It’s basically Twitter’s version of instant messaging, and just like other platform’s instant messaging service, Twitter’s direct messages, or DM’s, is a way to send texts, images, and even videos.

In January of 2020, Twitter also introduced emoji reactions for Direct Messages. This allows people to ‘react’ to individual messages with emoji-like reactions. While it’s mostly used for private conversations, it’s also a great way for brands to interact with their brands in a private setting, especially when discussing sensitive topics.

What is a Hashtag?

A hashtag, or #, is a type of metadata (that is, a type of data that talks about another type of data) tag that’s used on most social networks to identify that the specific tweet is talking about a specific topic or theme. Basically, it’s a way for social media users to label their messages. It’s most commonly used on Twitter, and when a user taps or clicks on a hashtag, they’re shown tweets from other people that contain the same hashtag.

Hashtags are usually used so as to be part of a larger conversation, usually a hot topic or an ongoing trend, but corporate accounts and other brands also use hashtags to see how many people are talking about their product.

Twitter was, is, and always will be, free to use. Of course, accessing Twitter via your phone’s data or tweeting something via SMS, you’ll be charged according to your mobile carriers’ SMS and data charges. However, the Twitter service itself is free, and it supports itself through advertising.

In fact, Twitter earns almost 90% of its revenue through advertising alone, while the rest comes from data licensing, stock trading, and service fees for its ad exchange. Twitter advertising can take the form of promoted tweets, promoted accounts, promoted products, promoted trends, and many more. At the end of the 2010’s, Twitter saw its company revenue peak at $787 million, an 18% year-over-year increase throughout the decade.

This is called cross-posting and is a great way to stay relevant in both platforms. While Facebook and Twitter are separate companies and platforms, they also acknowledge each other as a rival but complementary social media platforms, and while they are in active competition with each other, they’re not above allowing users to interact with each other by sharing things in each platform.

Yes, Twitter uses a specific algorithm on its timeline. This algorithm gathers data from Twitter users and tailor-fits a feed that is able to incorporate both their user’s likes and dislikes and their advertiser’s needs and wants. Twitter played around with this algorithm a few times from 2012 to 2016, and they’ve been constantly been trying to perfect it since.

Of course, not everyone enjoyed the algorithm: almost immediately after it was launched, Twitter users complained en masse to the platform, saying that they were not fond of the change. Twitter finally caved in and gave users the option to switch off the algorithm within their personal accounts.