One of the most frustrating things on Twitter is when you’re setting up an account, only to find out that the clever username you’ve thought of is already taken. Suddenly, your idea of being a comedic genius/pun master has been shattered: how can someone else think of the same exact username as me?!

Well, consider that, by the end of 2019, Twitter boasted an average of 330 million monthly active users, with more signing up every day. It’s inevitable that someone is going to come up with the same exact, sophomoric pun for a username.

This is more frustrating if you weren’t even trying to sign up with a pun and you’re just trying to make a Twitter for your brand. Sure, Twitter does have trademark infringement policies in place, but even celebrities like Brad Pitt (@PittOfficial) or Donald Trump (@realDonaldTrump) have had to use workarounds to use their real name.

So, here are some ways to come up with a memorable Twitter URL that doesn’t sound like you’re a robot tweeting from the future (I’m talking to you, @notarobot90834), but first:

Your Twitter URL is YOU. It’s your identity, your nom de guerre in the Twitterverse, it’s what people will refer to you when they @ you with their controversial opinions. What does @ mean on Twitter? It’s when people want to start an online fight. So choose your twitter URL wisely.

Now that you know one of the most basic things you should know about Twitter, let’s talk about choosing your name. 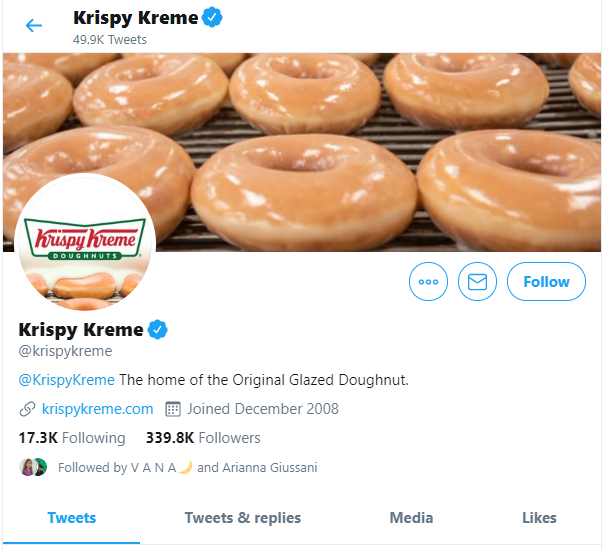 When choosing a Twitter URL, be consistent with your personal brand, make it sound like it’s really you, or, at least, an accurate representation of internet you. Not only will this help you avoid any copycats, but it will also help you be more expressive and interact with people in that platform in your own voice.

Beat Them to the Punch

Once you settle on your name that is both on brand and tickles your personal funny bone, and the name is available upon checking, don’t even wait on it: register it ASAP.

Don’t be caught sleeping on what is essentially your Twitter identity, as soon as a username pops up, beat the other 330 million users to the punch. And hey, if you end up not liking it after a couple of re-reads of the URL, just delete your account and try again, no big deal.

MavSocial, a social media management tool, had an interesting story to tell about usernames that have already been used. Chris Hodgeman, GM of MavSocial, talks about it:

“We had a situation for @MavSocial where it was already taken but the current owner had only used it once a long time ago. We, therefore, registered @mav_social and started using that and also applied to twitter to release the @mavsocial name since it wasn’t being used. About 6 months later twitter granted our request and gave us @mavsocial – all our followers were automatically transferred over.”

Of course, this was a special case where the user was inactive for half a year, and while Twitter doesn’t have clear policies on inactive usernames, it wouldn’t hurt to ask!

Keep it Short and Sweet

Twitter URL’s can only be 15 characters long, so if your name or your brand’s name is much longer than that, this is a chance to get creative.

Of course, just because you’re shortening it doesn’t mean it has to be boring: still try to make your shortened name interesting, memorable, and on-brand.

One way to get around URL doppelgangers is to use a keyword that’s related to your name. Sure, you could use the keyword “real” (as in, @realDonaldTrump) to differentiate yourself from other people sharing your name, but unless you’re a celebrity, this kind of comes across as pretentious.

Instead, think of a keyword that best describes you, your brand, and what you do. Maybe you’re good at cooking, so you could go with something like @YourNameCooks or whatever. Be creative and don’t be shy, people need to know you’re the superior one in all of your doppelgangers!

Or, instead of a keyword, you could put in your location, like say, @JennyFromTheBlock (it’s a J Lo reference). It’s a good way to make sure your local audience knows exactly where you are, and that you’re in their vicinity.