Modern laptops aren’t exactly known for their upgradeability: you’re either happy with what you get or you get a new one. It’s a sucky trend that, fortunately, the Dell Inspiron 15 7000 bucked back in 2020.

The Dell Inspiron 15 didn’t exactly make front-page news when it was released; after all, it’s a mid-range laptop that was seen more as a ‘workhorse’ type of laptop than a premium offering. But it was the Pandemic Year’s best-kept secret thanks to its upgradeable internals that sets it apart from its competitors. Here’s a breakdown of why we think the Dell Inspiron 15 should be your next mid-ranged laptop.

Despite the “mid-range” moniker, the Dell Inspiron 15 is actually pretty well-built for its price, with the stamped aluminum chassis giving users a very solid base to work on. Everything from the keyboard deck to the lid is built to be firm, sleek, and without a lot of giving. 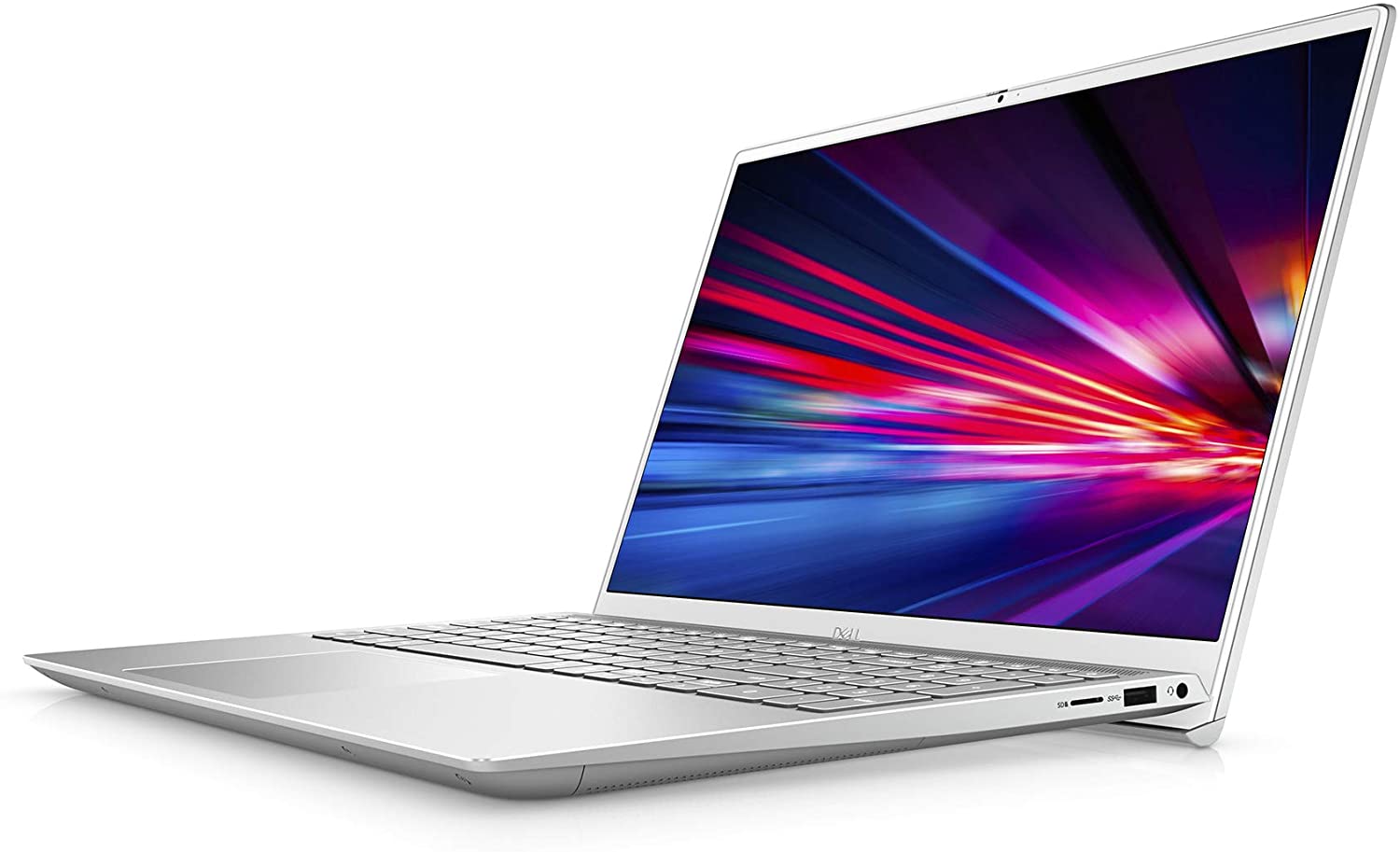 Why does this matter? Well, you need a chassis that is solid and well-built if you’re going to be opening it up and rooting around its internals, which is what the Inspiron 15 was made for. Of course, opening up and upgrading your laptop does require a bit of light reading and research, but you don’t have to be a tech guru about it.

Here’s the thing about upgrading your own laptop: it saves you money because you’ll be buying parts individually instead of buying a whole new rig, and there’s a big chance that you’ll increase the lifespan of your laptop. Of course, as long as you do it right (which, if you’re in the IT industry, is a valuable trait for an IT employee)

Thankfully, the Dell Inspiron 15 makes it easy for the newbie tinkerer with its standard setup: the underside is fastened with Phillips screws rather than the traditional hex screws of other laptops that require special tools. Once you remove those (you know how to use a screwdriver, I’m guessing), the cover snaps off and you can start pulling out wires and chips as you will (please don’t do that, though).

Inside, you’ll find a fair amount of space for your potential upgrades: a 2.5 inch bay for a possible third drive, two ram slots, and a second M.2 PCIe slot for an additional SSD. Why does this matter? Well, if you were to fully upgrade this –meaning you fill up those slots with their intended chips and drives –you’ll be taking your mid-ranged ultrabook to somewhere around the level of more ‘premium’ laptops like the Thinkpad X1. Consider the savings: even if you bought an expensive SSD and two extra RAM cards, it will still be nominally cheaper than a premium laptop.

Dell Inspiron 15: Why Upgrading It is Necessary

But here’s the problem: yes, the Dell Inspiron 15 is upgradeable and all, but that’s only because you kind of have to upgrade it. The vanilla setup of the laptop is lackluster at best and disappointing at worst, although, to be fair, one shouldn’t expect too much from a mid-range laptop anyway. 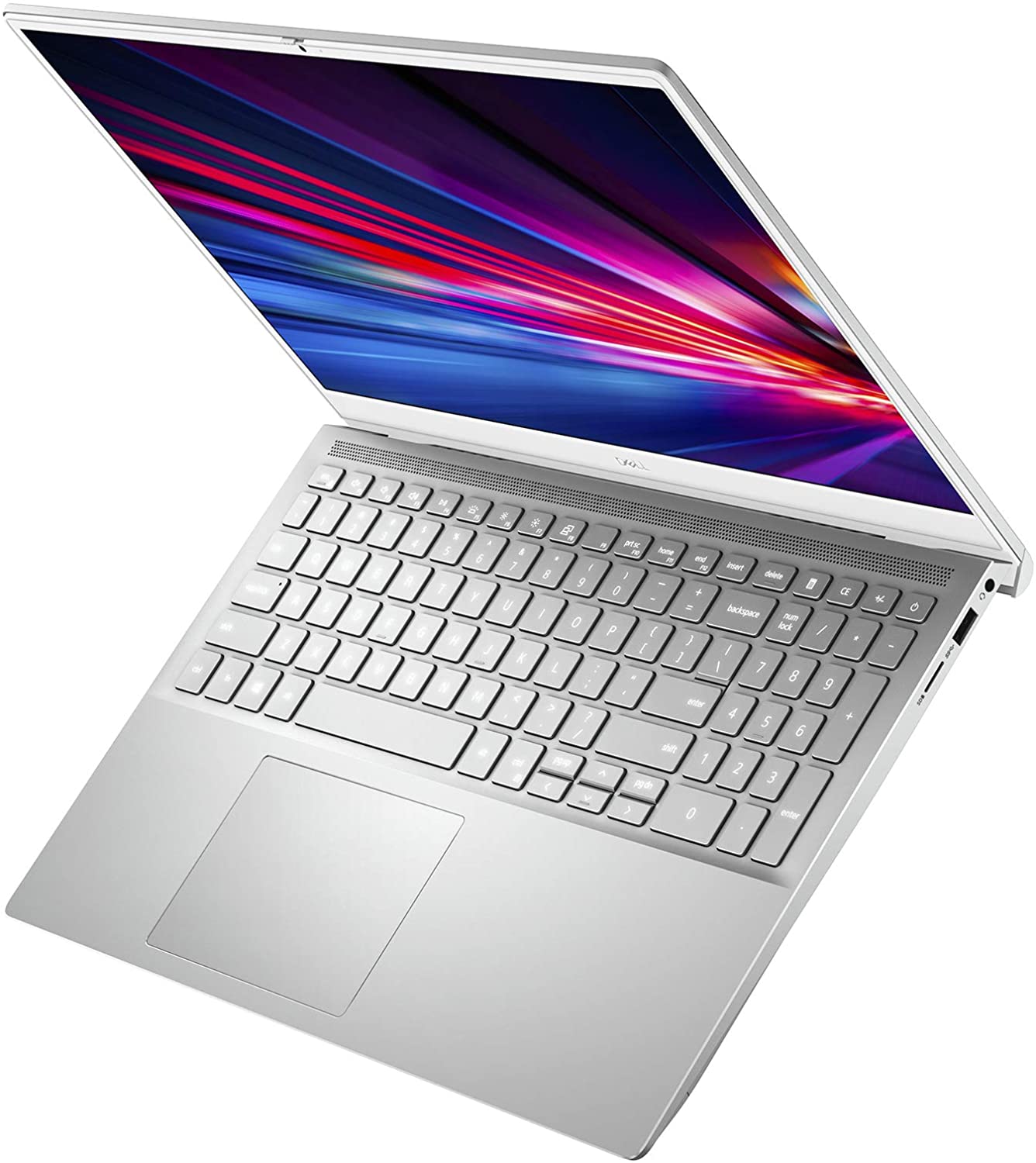 That being said, everything else about the Dell Inspiron 15 (outside of its processors and other internals) is pretty great. It comes with a comfortable keyboard that’s snappy and offers a fair amount of travel, and an above-average touchpad that offers support for Microsoft Precision drivers.

The display is also pretty standard for laptops of this price: the 15.6-inch screen is slightly bigger than its competitors, but it only offers Full HD. But, again, don’t expect 1440p/4K performance from a mid-range laptop. After all, Full HD is…fine, I guess? I mean, sure 1440p would be great, but if you’re not using it for intense video editing or professional gaming, Full HD is ok.

Dell Inspiron 15: Can it Be Used for Gaming?

Short answer: yes, you can use it for gaming, even for Triple-A titles. The caveat, however, is that you probably won’t be able to play Triple-A games at Ultra high settings.

The Dell Inspiron comes with a stock Nvidia GeForce GTX 1050, a more-than-passable GPU for a mid-range laptop. Is it the most powerful? Obviously not, but again, don’t expect premium performance from a budget line. 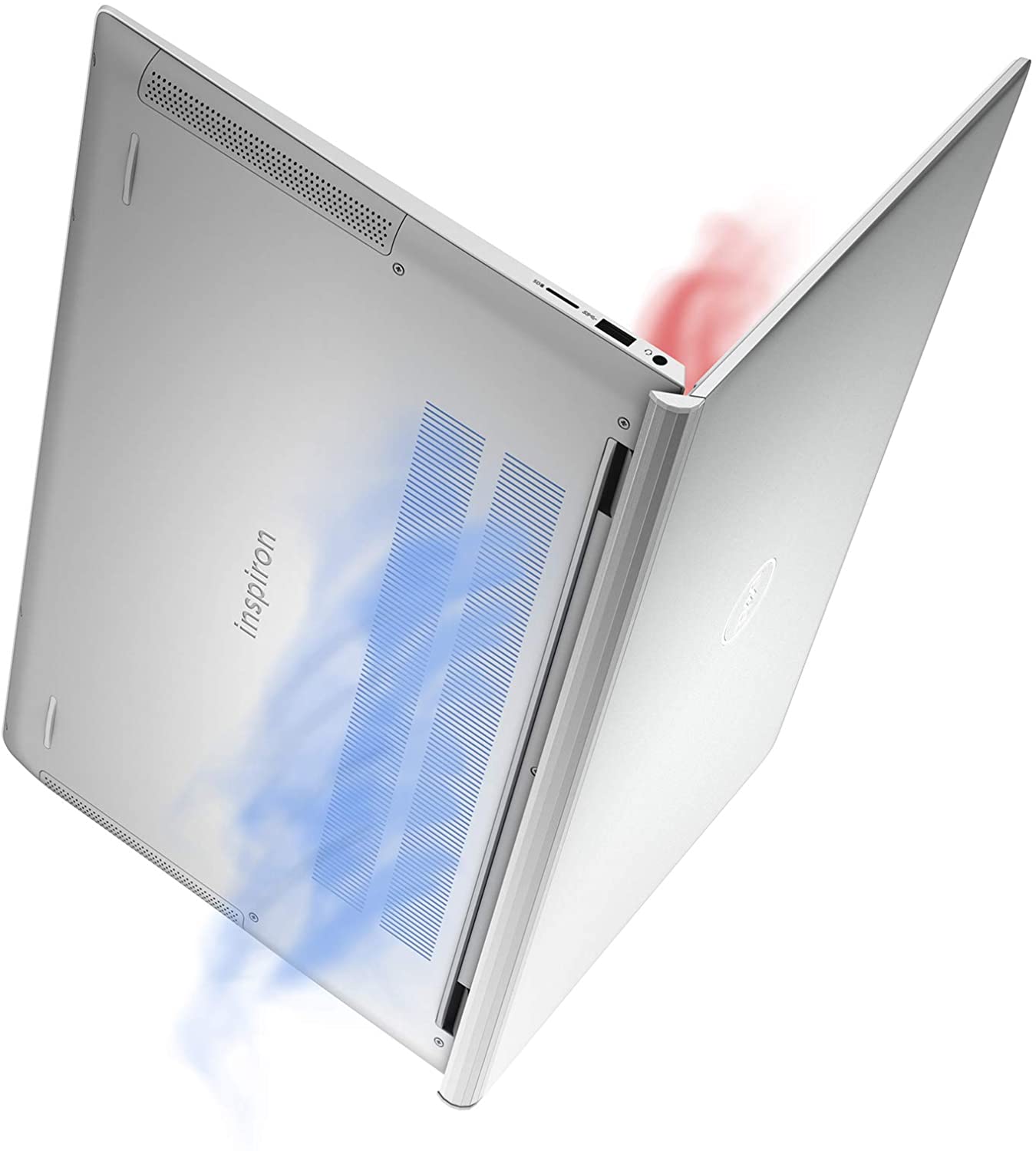 In our testing, we ran Assassin’s Creed: Odyssey and Cyberpunk 2077 at High graphics settings and found it playable with 32FPS at 1080p. Bring it up to Ultra, though, and it drops to an unplayable 17FPS, not to mention raise the temperature of the laptop significantly.

Can you play competitive games on it? Sure, but, again, it’s a mid-range laptop so be prepared to drop graphics settings to medium or lower. Of course, none of this will matter if you’re only using it to play basics like Minecraft, or if you’re just posting videos on Twitter.

The Dell Inspiron 15 is not a premium laptop: the vanilla setup is disappointing, and the display doesn’t feature 4K graphics. However, it makes up for all of its flaws with the simple option of being upgradeable.

Are there better laptops? Of course, there are, but in a world where high-end premium computers and laptops cost as much as a second-hand car, a mid-range laptop like the Dell Inspiron 15 is certainly an enticing product, especially for casual users who might just need a rig for basic stuff like Netflix or Minecraft. You could also use it for your business; after all, knowing the ins-and-outs of laptop hardware is a training program every tech employee should attend.

All in all, the Dell Inspiron 15 was 2020’s best-kept secret because of how versatile it is in terms of upgradeability and its potential to be usable for a lot more years than your average laptop.

The Dell Inspiron 15 is available on Amazon, with prices starting at $1,170. Hey, we said ‘mid-ranged’, not budget.