What do you think of when you hear the phrase “people of European history?” You might think about one of the old kings, a royal, or a prominent member of the gentry in England or France. You might think back to the Renaissance era and recall Leonardo Da Vinci, Michelangelo, or even Dante Alighieri. You might even think about the early philosophers such as Aristotle and or Plato.

If you Google the phrase “European people history,” you’re taken to fairly typical search results: Wikipedia articles on the history of Europe, reliable sources on the various periods of Europe’s history, and Google suggesting similar searches. However, once you get to the Images search, you’re taken to photos of African people, lesser-known black people who are still noteworthy in European history, or even black takes on European art done by white Europeans.

Many users have begun to take note of this, as well as with other keywords associated with white people. If you Google Image search keywords such as “American inventors,” “white couple,” “happy American couple,” or “white man and white woman,” you’re taken to photos that might surprise you.

For some, “happy American couple” seems acceptable since it doesn’t mention race. And the black Americans that come out of the result “American inventors” are in fact real inventors. But for photos that specifically ask for white people, you’re taken to photos that are just outright trolling you.

Is Google trolling us? Not exactly. Here’s what’s going on.

How Internet Users (and the Media) Manipulate Google Searches

In December last year, Google CEO Sundar Pichai was in hot water with the US Congress because, if you searched the word “idiot” and checked the images, you’d be taken to a page filled with photos of President Donald Trump. They accused Google of being politically biased.

Pichai explained to Congress – as well as to the rest of the world – that Google doesn’t intervene with results. Google shows you results based on factors such as relevance, freshness, popularity, and how people are using certain photos in that way.

And if plenty of writers use the word “idiot” while featuring pictures of Trump, social media points out how the word “idiot” is linked to Trump on Google Images, and media sites continue to write about said Google Image trend, it’s only creating a larger domino effect that ensures Google picks up pictures of Trump for said keyword. Over three months after the debacle, the number of photos of Trump have dwindled in favor of actual photos referring to idiots.

This is the effect known as Google Bombing, and it isn’t the first time this happened. 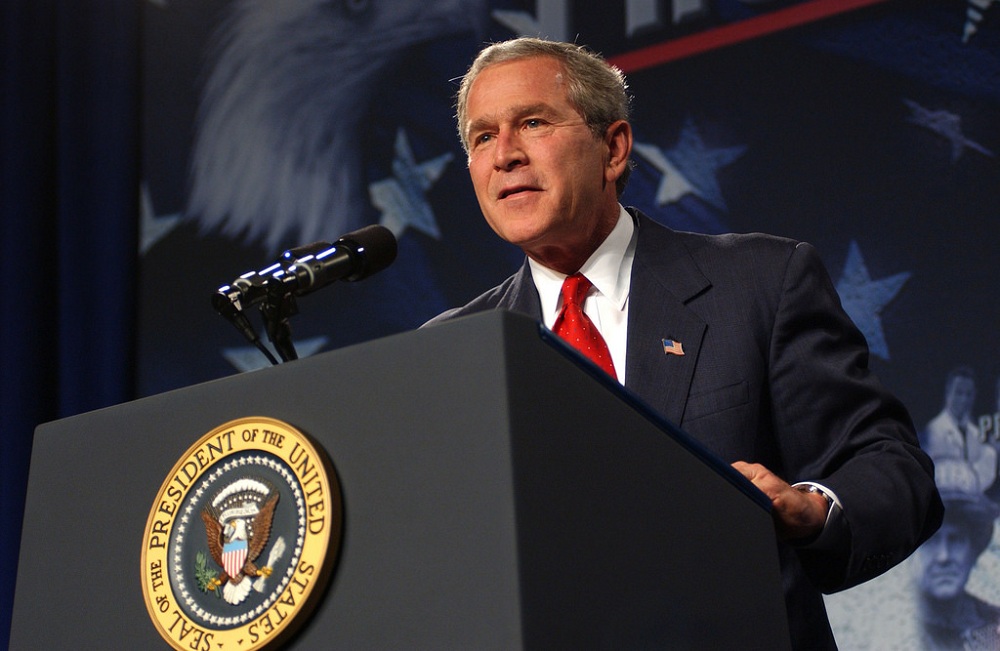 What Is Google Bombing?

In the mid-2000’s, people realized they could manipulate Google search results into showing pictures of former President George W. Bush every time you Google searched “miserable failure.” And while Google’s algorithm for search results and images have changed over the years, in many occasions, people have learned enough to game the system and perform what is known as “Google Bombing.”

While employees of Google can’t personally change what goes on the top of their search results, third parties and people who know a little bit about how search engines work can. If they have a large enough fan base or a large group of people to talk about them online, Google eventually picks it up and puts it at the top of the results for as long as people keep trying to talk about the joke. Once the Google bombing joke isn’t funny or trendy anymore, Google’s algorithm looks for the next relevant result and puts that on the top of its search.

It’s why searching for “European people history” leads to photos of black people. A group of people might have created several articles that ranked on Google, including pictures of people of black Europeans who have contributed to society. Google picked it up, and the websites must have passed the algorithm. As a result, most of these pictures are now seen on Google Images. Add in the fact that people are taking screenshots and talking about it on social media, and it only strengthens the Google bombing.

Is the Google Bombing Really a Bad Thing?

To an extent, it’s alright. Part of what this action did is bring more black people into the spotlight. I didn’t know men such as Garrett Morgan existed until I tried googling a keyword, clicked on him listed as a random inventor, and learned that the reason why scientists and fire fighters do their job more effectively today because he created the first modern-designed smoke hood.

On the other hand, it seems unfair to other people genuinely looking for photos. Remember, Google Images is used by plenty of people – students, marketers and graphic designers included. If someone needs a photo of a white person, they’re going to have to dig through troll photos just to find the right one. And what these third parties are doing are one step away from creating fake news. If a kid doing their research gets the wrong idea because someone thought it would be funny to create and spread false information, it could lead to a huge chain of misinformation for a generation that relies heavily on Google to provide accurate results.

I believe in diversity, but this isn’t it. We can’t expect people to appreciate our movement for racial equality by feeding search engines the wrong idea. Sure, put the spotlight on black history – that’s good and we should continue to do so. But the moment you start trolling, it takes away the strength of actually promoting black culture and history and just becomes a joke.

There’s no denying that plenty of Africans and other people of color played an important role in European history. And while it’s great that these Google bombers are putting the spotlight on real people who made large contributions but remained generally unknown, they shouldn’t be spreading misinformation on other aspects. An obvious satirical action can be funny, but not when you’re contributing to misinformation.