In marketing, sex sells. But so does being cute. Consider the IKEA teddy bear ad of 2021.

The Swedish furniture store used teddy bears — aka the universal symbol for cuddles, comfort and security — to showcase their latest offerings. But instead of bombarding viewers with “Buy Me!” images, they evoked childhood memories with a set of adorable and very buff teddy bears that provide literal security and companionship as they guard the home’s front door.

What is Up With the IKEA Bears? Understanding the Ad

IKEA’s “Every Home Should Be a Haven” stars colorful and muscular IKEA teddy bears helping a family bond. They subtly help the family get comfortable while they build a living room fort, even crushing one of the parent’s phones so they won’t have to deal with work matters. The 60-second spot premiered ahead of IKEA’s product-focused efforts around the 2021 holidays.

The bear in IKEA’s commercial looks like a buffed-up version of their Djungelskog teddy bear. The buff teddy bears watched over the family as they spend time together, eventually joining in the fun by playing dress-up or arm-wrestling with the parents and the kids. The ad ends with each IKEA bear capping the night off for the family (one of the bears put the little girl to sleep, the other scares off a fox) before returning to their guard posts.

The ad was the company’s first move to ease its customers into the coziness of the holidays. According to Christine Whitehawk, IKEA’s communications manager, the IKEA bear idea focuses on how people look at their home as a “place of safety, security and sanctuary.” Whitehawk adds that the ad hoped to remind viewers that their homes are a place of rest, relaxation and “respite from things that are happening in the outside world.”

The IKEA teddy bear ad “Every Home Should Be a Haven” served as the foundation of the company’s TV and digital ad campaign.

IKEA’s bear ad is one of the many ways “cute marketing” works. In a world of competitive business marketing, especially video marketing, never underestimate the power of chubby cheeks, small noses, vulnerability and buffed-up teddy bears. And this isn’t just an absurd claim. Science backs it up.

In the study “The Effect of a Cute Stimulus on Personally-Initiated, Self-Administered Surveys,” the researchers determined which ad subjects would garner the most attention (which translates to sales). The results revealed that photos of animals increased the response rates by 42 percent while images of cute infants increased response rates by 88 percent.

Like the IKEA bear ad, these companies found and capitalized “cuteness” according to the appropriateness of the situation.

Why Does Cute Marketing Work? 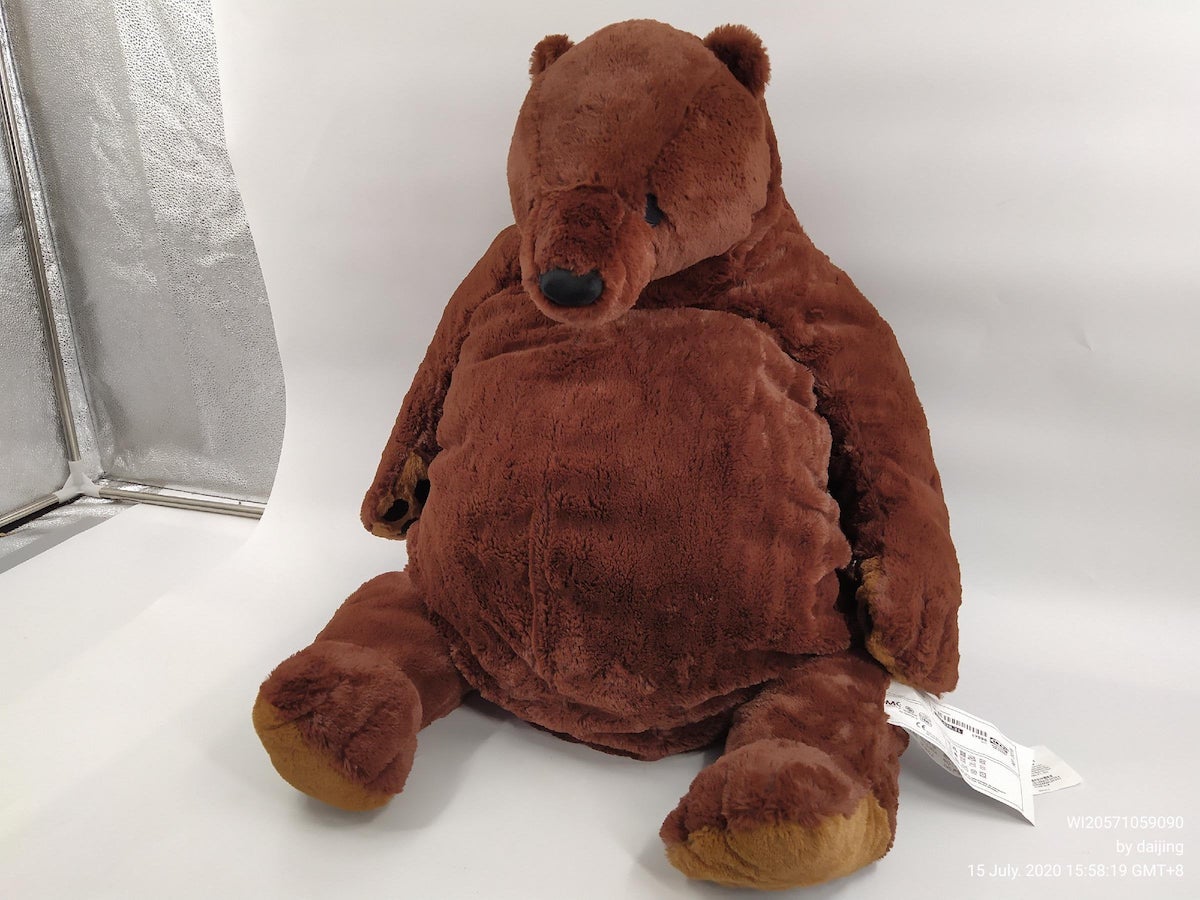 Before we understand why this type of marketing works, let’s determine what qualifies as ‘cute.’ Something is qualified as cute if it has the following characteristics:

Babies check all the marks for these characteristics. According to studies, people enjoy looking at babies. Photos of cute infants trigger the release of dopamine, which is the same chemical that your body releases when you fall in love or have sex. Looking at photos of babies triggers a person’s nurturing instinct, which is one of the reasons you love looking at them.

Babies, animals or IKEA’s teddy bear — all of these are cute and looking at them makes people feel good, which is why cute marketing is an important consideration for your marketing strategy.

What are the Benefits of Cute Marketing?

IKEA’s products can get away with being cute. The furniture they sell can match any cute scenario, but what about products that aren’t cute? Beer, for example.

Budweiser’s Super Bowl commercial starred a Clydesdale horse and a golden retriever puppy in a puppy adoption farm. The puppy tries its best to stay with its horse friend, to a point that the horse summons other horses to keep the puppy from being taken away. The end? The friends are united and Budweiser’s logo pops out with the hashtag #BestBuds. You don’t have to be a beer drinker to enjoy the ad.

There are practical reasons to use the “cute” factor in your marketing campaigns. Consider the following:

IKEA’s bear ad worked because it appealed to the idea of a family while marketing to families with an ad focused on families (and buff teddy bears). Some companies have tried to be cute, but it backfired on them.

Since it’s a product for babies, you’d think the brand would handle cute easily. However, its 2014 “Dad Test” ad faced backlash when it played into the stereotype that fathers aren’t as good as moms when it comes to parenting duties. It had cute babies, but it also received a removal petition.

If you want to use cuteness in your marketing, be mindful of your target audience. Not all things cute work. Analyze your audience before creating a cute scenario in your current roster of marketing strategies.

IKEA’s buff bear ads won many hearts in just 60 seconds. After all, who wouldn’t want buff teddy bears encouraging the fun at home and breaking your phone when work people call? Plus, didn’t the ad make you feel like you want to build a fort with stuff from IKEA?

That’s how cute marketing works. When used well, you can use cute imagery like babies and animals to reinforce brand recall.