If you haven’t used your laptop for listening to music in years, you’re probably wondering why your iTunes isn’t working on your Mac, and the answer is simple: iTunes is dead.

In the Fall of 2019, one of the most iconic –if not the most important –cultural touchpoint of the burgeoning digital era was ended: iTunes, once the leader in all-things music management at home, was unceremoniously killed off by Apple, a veritable infanticide by the industry giant.

Ok, that’s a bit melodramatic, but iTunes as we used to know it did end back in 2019. The music player-cum-podcast radio-cum-music library manager being scrapped for parts, with each aspect of the media management program receiving its own mobile app. So to say that iTunes is dead isn’t completely correct, as Apple simply cannibalized poor old iTunes and scattered them to the four winds.

It was a sad send-off for one of 2010’s most cherished and iconic programs (sidenote: it’s so weird calling it a ‘program’ and not an ‘app’), a music player that doubled as a media library manager way ahead of its time. Of course, at the time of its death,  what was once a great music library became a confusing mess of grayed-out, inaccessible (and often unreliable) content and preference panes made by an infantile algorithm.

It didn’t help as well that iTunes downloads saw a sharp decline over the past few years, not to mention the annoying and often redundant need for an iTunes login. And we haven’t even mentioned all the better iTunes alternatives out there. Sure, iTunes Home Sharing tried to bridge the gap between its antiquated purpose and the growing needs of the digital native, but it was too little too late.

Good riddance to a growing nuisance, it seems, but much of the sadness people felt for iTunes’ passing was borne from nostalgia and not necessarily a lamentation of the waste of a good app. Most of the older Millennials and some of the pioneer Gen Z kids grew up with iTunes. We organized our library with iTunes, listened to the first podcasts on iTunes, and we even watched our bootleg copies of movies on iTunes.

All good things come to an end, iTunes being no exception. But it was good –oh, so good –while it lasted.

Launched in January of 2001, a time when desktop computers actually took up a large chunk of your desk and cellphones still had antennae, Apples iTunes was a media library organizer that people used to keep people’s mp3s neat and tidy. When the iPod was introduced in October of that year, iTunes was updated so that users could sync their devices and upload their music to their iPods.

A bit of context for the kids because when my 14-year-old read the draft of this article, he immediately asked “is the iPod like the iPhone?” Oh, my sweet summer child, the iPod was a separate portable music device that played music and…that’s it. That’s all it did. It was as thick as about 4-5 iPhones stacked together, with a rotary wheel to go through your playlist and a 2-inch black-and-white screen. It had no apps, no Snapchat, no IG, not even calls or texts: it was literally just something that played music.

Over time, iTunes became more than just a launching pad to send music files into your iPod. As digital tech started revolutionizing how we consumed media, iTunes became essential in keeping all your movies, TV shows, and eventually, apps, organized into a single library. By the time the iPhone was launched in 2007 (yes, it’s THAT old), iTunes became the conduit between your phone and your mac. In fact, I dare say that it was iTunes, not the iPhone, that solidified Apple’s position as a tech giant.

Back then, iPhones and other ‘smart’ phones (they used to be referred to in that way, with the air quotes and the space in between) were just mere extensions of ‘actual’ desktop computers. So iTunes was crucial to uploading organized libraries to your phone, not to mention being the only way to update your iPhone’s OS.

For the better part of the 2000s, iTunes was the end-all and be-all of music library and media management, and as we entered the 2010s, it didn’t have much competition. iTunes, back then, was at the top of the world. But it was about to be knocked down by a cloud.

The Age of the Cloud

In 2004, Google discreetly launched an email service called Gmail. On paper, it was your everyday, run-of-the-mill email program: you can write emails, send emails, attach things to emails, and even, get this, receive emails. The interface was also no big deal, with Google opting for a simpler, cleaner, more minimalist interface. In short, it was boring.

But it had one ace up its sleeve: a whopping 1GB of storage. 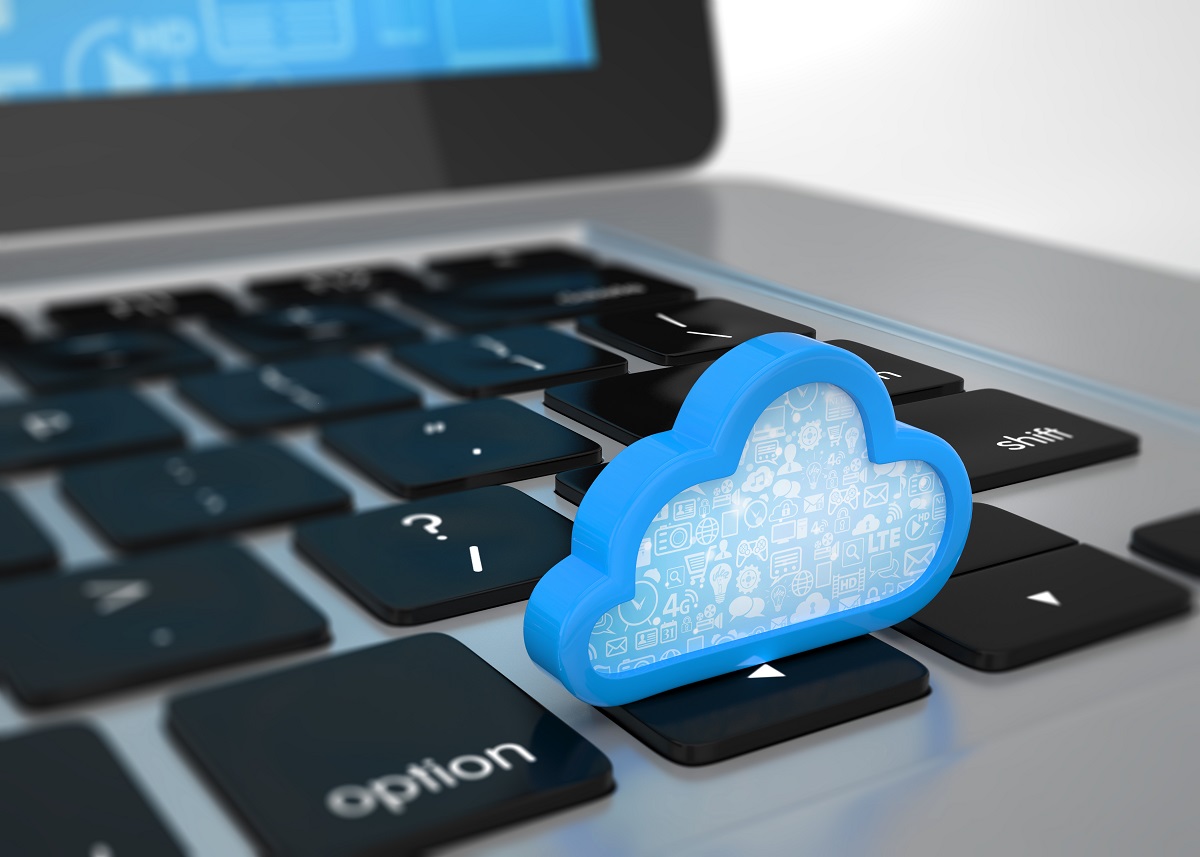 Again, kids, you have to understand: back in 2004, a gigabyte was worth its weight in gold, primarily because email was the communication medium of choice. Sure, we had messenger sites and programs like mIrc or ICQ or MSN messenger (RIP to one of the GOAT messenger services!), but we couldn’t really attach a lot of media to it other than primitive emojis and photos here and there.

You also need to remember that we didn’t have streaming sites back in ’04 outside of Ebaum’s World and private forums. All of the interesting videos you wanted to share had to be emailed to each other, which meant that your inbox was going to fill up pretty quickly. So when Gmail came out and said “hey, here’s 1GB of storage for free”, it quickly became the choice email for a large number of people.

It was honestly so ridiculous that I initially thought it was a scam. But a scam it was not: in fact, it was the herald for something far greater, far world-changing than simple email storage.

Gmail ushered in the Age of the Cloud.

To clarify, though: Google didn’t invent cloud computing or cloud storage. In fact, AT&T launched a proto-cloud computing service called PersonaLink Services back in 1994, a precursor to today’s Dropbox or AWS.

But it was Google that, arguably, introduced cloud computing and cloud storage to the masses, creating a new and exciting niche in the tech industry, a niche that eventually grew and became the engine for most –if not all –the digital tech we have today. Even Apple utilized the tech: where do you think iTunes stores its backups? It’s all up in the cloud, baby.

It was the cloud that killed a king, and Gmail’s seemingly innocuous entry into the email service world became the death knell of the iTunes.

The Fall of iTunes

As we entered the 2010s, iTunes was riding high, becoming the world’s largest online music vendor in February of that year, recording a whopping $1.4 Billion in music sales by the first quarter of 2011. By 2014, iTunes had sold over 35 Billion songs worldwide. iTunes for artists and listeners alike was a godsend, a legal way to buy music that goes straight to your media library, already organized and categorized.

But with the passing of Steve Jobs back in 2011, Apple as a whole lost a pioneering and visionary genius. No longer was Apple starting trends (like encouraging industries to shift to digital marketplaces) or innovating new technology (like creating the smartphone industry). It had become content to be a simple competitor in the rat race.

Think about it: when was the last time Apple actually released a game-changing piece of tech in the last decade? Sure, the AirPods were pretty cool, but wireless sound devices are fairly old hat. Heck, even their smartphones lagged behind, with Android devices outclassing iPhones in terms of tech.

iTunes’ death was inevitable, too, caused by the explosion of the cloud and the development of the (sans air quotes and space) and, by extension, apps. By 2020, smartphones were no longer mere extensions of their desktop/laptop brothers: they had become viable replacements. And in between games, productivity apps (Twitter doesn’t count, Gen Z), and other programs, there was little space for a media library management service, especially when the iTunes alternatives managed their astronomically vast media libraries for you.

With the passing of iTunes as we know it, people are scrambling to find iTunes alternatives that could replicate the media library’s ‘legendary’ efficiency and stable features. Which shouldn’t be too difficult: again, I feel like a lot of the praise we heap on iTunes is more of nostalgia than any other reason.

Think about it: was iTunes really that much better at managing your media library, or was it just because you had a Mac and downloading a non-Mac app was just too much of a hassle?

There are tons of iTunes alternatives out there that either matches the media library’s features or outclasses them, like the Vox MP3 and FLAC player. It’s been around for a while now, and while there is a premium version, the vanilla version offers pretty much everything you’d want in a media library manager: a sleek interface, able to play multiple media formats, and allows you to play audio from different sources and not just your iTunes library.

The premium version gives you access to other features, and while this might seem like a shill, think back at how much money you’ve spent on your iTunes buying music. Yeah, it probably costs less than that.

Speaking of free iTunes alternatives, perhaps one of the most popular ones is the VLC media player. Sure, it’s not as pretty nor slick, but its stripped-down design does fit the overall Apple aesthetic. Think of it like a brutalist version of a minimalist media player: it’s utilitarian, with very few aesthetic considerations, but it works well and can play different formats of media.

It’s free to download and open source, something the iTunes can never compete with. It does, however, lack features like a podcast radio or a marketplace, but this is mostly because it’s more a media player than a media library manager.

It might seem passé to look for an iTunes alternative when it’s not even cold in the ground yet (I give the iTunes replacements a year or so before Apple removes them, bet on it), but let’s be real: we replaced iTunes with Spotify a long time ago.

iTunes Alternative in the New Era

When iTunes was reeling in its success sans a formidable competitor, in the background cloud storage and cloud computing had quietly given birth to a new form of technology: realtime streaming services. Soon enough, music apps like Spotify and Amazon Music, along with YouTube and Vimeo, dominated audio and video media, rendering the iTunes fairly irrelevant over the course of a couple of years.

By 2016, streaming services outstripped digital downloads in terms of sales, with people preferring the iTunes alternative from the native Apple program for their music needs. In that same year, iTunes saw a 24% drop in digital download sales, with incremental drops continuing until its demise in 2019.

The 2010s saw Apple resting on its laurels, seemingly happy with just churning out a slightly-redesigned iPhone every year or so. But the iTunes wasn’t a victim of this hubris: it was simply outdated. That it brings a tear to my eye remembering the countless hours I spent organizing playlists and following podcasts on the classic iTunes interface is irrelevant: iTunes as an era is dead. And good riddance to it.