It might come as a surprise, but there are still plenty of people out there who aren’t on the PSN Plus bandwagon, and I have to say: they’re missing out big time.

PSN Plus, or PlayStation Plus, is the PlayStation’s proprietary platform that provides PS users with all things, well, PlayStation, from news and updates to free-to-play games and previews of upcoming blockbusters. Many modern games, like Elder Scrolls Online or Black Ops 4, require a PSN Plus subscription.

PSN Plus is a subscription service, and you can subscribe on a month-to-month basis, or subscribe for an entire year. But aside from that, you get so many perks:

Cloud Storage for All Your Games

Sure, the PS4 does come with a 1TB hard drive, with an option to use an external drive for extra space, it’s always nice to have cloud storage so you won’t have to mess around with third-party devices while still being able to enjoy expanded memory. But aside from extra space, cloud storage has the added advantage of being available anywhere. That’s right, PSN Plus’ cloud storage allows you to access your files even if you’re not in front of your own machine. Pretty neat!

As of 2019, PSN Plus subscribers can get a whopping 10GB of cloud storage. It might not be enough to save an entire game, it’s more than enough for, say, a save file that you can access from your friend’s house without having to bring your console or a USB drive or a third-party device.

Games That Will Need This: 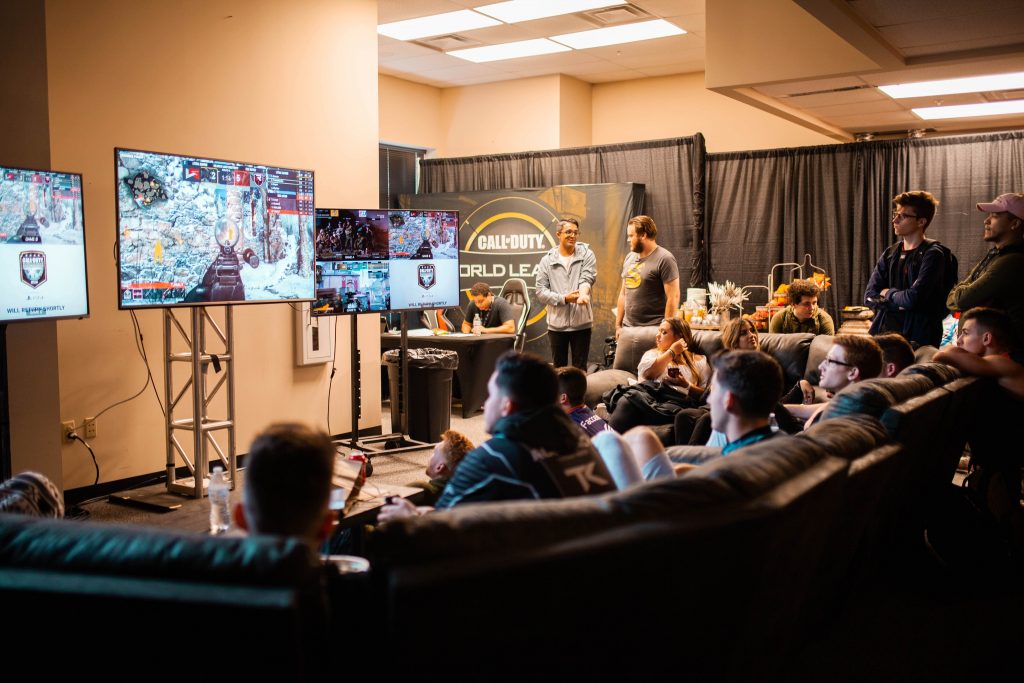 At 55GB out of the box, Treyarch’s Call of Duty: Black Ops 4 isn’t the biggest game there is, but factor in updates, DLC’s, and general space for the installation process, and you’re looking at needing around 110-115GB of space on your PS4. But thanks to PSN Plus, you can move a lot of your save files from physical storage to the cloud. And you’ll need the space: Black Ops 4 is the franchise’s best-looking and content-packed entry. Of course, not all of the space is filled up with graphics, a lot of it is still just boring code and what-have-you, but with PSN Plus’ cloud storage, the installation process is going to be less frustrating than it ought to be.

Rockstar’s Red Dead Redemption 2 requires a whopping 105GB of storage just out of the box, factor in installation process space, downloadable content (from maps and cosmetic items, to game modes and expansions), and system updates, and you’re looking at around 150GB-160GB of required storage space just for installation. These are, of course, all necessary: RDR2 is my favorite game, it’s operatic, cinematic, jaw-droppingly beautiful, and with a compelling storyline that’s a great mix of playability and human drama. If you’re itching to play and you find yourself short on memory, PSN Plus’ cloud storage is there to the rescue.

One of PSN Plus’ unique features is Share Play, which is basically a broadcasting system that allows you to stream content like gameplay videos and screenshots, but also allow friends you have on your PSN network to take control of your game remotely. Even better, Share Play allows you to join multiplayer modes of games you don’t have, as long as your friend has it. It’s a very revolutionary way of playing videogames and it hearkens back to the way people shared their videogame experience with one another.

Games Where This is Cool:

Especially when it comes to Hell mode, Diablo III can be a fun game to Share Play over the PSN network. Stuck in a dungeon? No problem, have a friend who’s beaten the game before do it for you. Want to beat a boss but want to do it yourself? Stream it over Share Play so your friends can coach you.

What’s better than beating your friends at football videogames? Playing together and beating random strangers on the Internet! Share Play allows you to play on the same team, or have a friend coach you from the sidelines.

Many games require you to have a PSN Plus subscription to play online, and it makes sense: the multiplayer functionality of many games are what keeps us coming back to them. Some games, of course, are free-to-play online, but if you want the good stuff, you’re going to need to subscribe to PSN Plus. Games like Call of Duty: Black Ops 4 require you to have a PSN Plus account, but it allows you to play over multiplayer, which is what Black Ops 4 is all about (no disrespect, of course, to its single-player campaign!)

PSN Plus comes in at $60 a year, which might seem like much, but aside from getting access to a host of functionalities, both practical and fun, you also get to be part of PlayStation’s bargain bin deals on games. Catch the market at the right time, and you’ll see top, just-released games going on sale for as much as 80% off. Meanwhile, publishers who sell their games at a discount will almost always give PSN Plus members an extra 10% off the sticker price just for being members. So yes, the yearly subscription is a bit much, but you get it back on the amazing deals you can get.

The PSN Plus subscription price is either $9.99 per month OR $59.99 a year. Obviously, the yearly subscription costs less over time, not to mention is less of a hassle compared to the monthly version. But hey, if you’re not feeling the whole thing, don’t worry: PSN Plus has a 14-day trial period where you get all the amazing perks for 2 weeks. If you weren’t planning to buy it then, you’ll be surprised at how convincing a two-week trial period is.

Great Games That Don’t Require a PSN Plus Membership

Hard to believe that this game is almost a decade old, but Star Trek Online still holds a special place in my heart, mostly because I’m a trekkie, but also because, even if it was released in early 2010, the graphics and gameplay have yet to change for the worse.

Dauntless brings the fun of battle royale games like Smash Brothers or Fortnite and mixes it in with amazing graphics and fantasy lore like Monster Hunter. It was one of the sleeper hits of 2019, and combined sci-fi and fantasy elements to create a co-op RPG that isn’t just amazing fun, it’s also free-to-play.

Consistently called ‘The Fortnite Killer’, Apex Legends has slowly built itself up as the FPS Battle Royale game of choice for many gamers. While it still has a long way to go before it can topple Fortnite off the charts, Apex Legends has been enticing more and more new players thanks to its beautiful graphics and the fact that it doesn’t need a PSN Plus membership to play.