If you’ve gone on the internet a few times in the past, you may have experienced going on to these websites: Google, YouTube, Facebook, and Twitter. Whether it’s doing research for a paper, watching the latest videos, or finding out about real-time news from reliable sources, these websites are some of the biggest to-go sites for our everyday internet needs.

But did you know that Google provides more than just your search engine and email? It’s actually a helpful business and marketing tool millions of companies use to stay on top of their game. And even if you’re not a business owner, its other services are quite useful and provide nearly everything you need to operate online.

Google: The Number One Search Engine (And More)

If you browse on your phone or computer via Google Chrome, own an Android phone (i.e. nearly all the other phone operating systems that aren’t from Apple), or store documents online, then you’re dealing with at least one of Google’s services each day.

Google’s services aren’t just limited to those times you visit their website and use it to search for information. In fact, their internet services extend to the ads you see, the data you keep, and even some of the hardware and software you use. It is actually one of the “Big Four,” the biggest tech companies on the internet, along with Amazon, Facebook, and Apple.

Google was founded in the late nineties by Larry Page and Sergey Brin, and was incorporated on 1998. In 2015, the company was restructured, and Google became the leading subsidiary of Alphabet Inc. Page and Brin went on to become CEO and president of Alphabet, respectively, while Sundar Pichai was appointed the new Google CEO.

Because of Google’s search engine, it has become the most visited website in the world, including its owns subsidiaries. Every second, Google receives 63,000search requests – that’s around 3.8 million searches every minute and 5.6 billion searches a day. With so many visitors, its revenue from ads, and other services, Google was dubbed the most valuable brand in 2017.

Here’s a comprehensive list of the services they provide:

YouTube is a subsidiary of Google, but it was originally founded by people outside of Google. Because there is plenty to talk about for Google, we’ll elaborate more on it later. 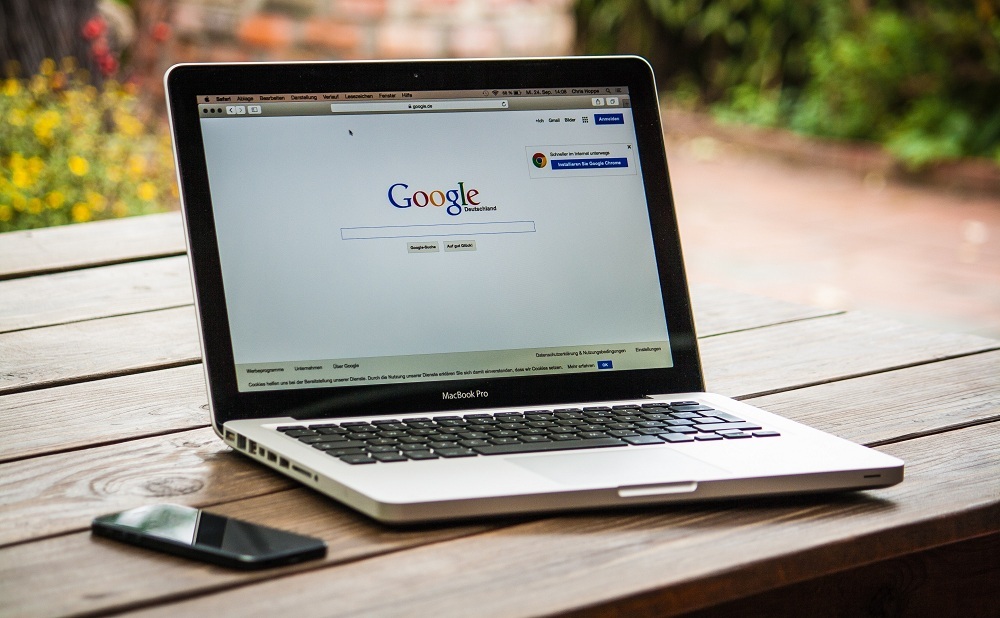 Google mostly functions as a search engine. It crawls through the entire internet (or at least, whatever it is allowed to crawl through), copies the content, and files it. They have an algorithm that always changes where it goes through all the content it copies and finds certain keywords or pattern of words.

Based on factors such as the quality of the content, the amount of people choosing to read the article and stay on the website, and how legitimate the website is, Google creates a ranking system for items you are more likely to click when you search for a certain keyword.

Businesses, especially digital marketers, understand this, which is why plenty of them are willing to spend hundreds of dollars to get agencies to build their website in such a way that they get to the top of the rankings for keywords related to your search and their business. If you’ve ever tried looking for a restaurant or home service in your area before, the reason why you get instant results at the top of Google’s search is because of both Google’s algorithm helping you find what you’re looking for and the business’ digital marketing strategy that convinces Google’s algorithm that it is exactly what you’re looking for.

Another one of the Big Four tech companies, Facebook is the biggest social media platform ever to exist. If you’ve watched The Social Network or one of the many documentaries surrounding Facebook, read about its founder Mark Zuckerberg, or be one of the 2.2 billion active users on Facebook, you might already have an idea about what Facebook is.

Zuckerberg, along with Eduardo Saverin, Andrew McCollum, Dustin Moskovitz, and Chris Hughes, invented Facebook in 2004. Originally, it was supposed to be a social website for Harvard students, but the team continued to expand until more and more people were included.

Today, anyone around the world at least 13 years old can join Facebook. It has become a household name and synonymous with social media, providing people with means to share their thoughts, photos, and other things online with their group of friends.

Apart from Facebook and all the features it provides (Marketplace, Notes, Photos, etc.), the company has acquired other apps that millions of users also have. These include:

Facebook has around 2.2 billion users, yet registration is free and users never have to pay for the features or its other services. So, many people may be surprised and wonder how Mark Zuckerberg, Facebook CEO, became a multibillionaire in 2012 after his company went public. As of 2019, Zuckerberg’s net worth stands at $62.3 billion, making him the eighth wealthiest person in the world and one of the most powerful and influential people in the planet.

Facebook doesn’t earn money from its users because its users aren’t the buyers. Rather, they are the product.

Like Google, it earns money from businesses trying to reach the right consumers. Let’s say that we have a women’s boutique selling cosmetics. They start a Facebook page for their business, but no one except the business owner’s friends and family are aware of its existence. So, the business owner creates an ad and pays Facebook to boost the ad and promote it.

However, it would be pointless to advertise women’s cosmetics to manly men on Facebook. Facebook knows which of its users are female, what age group they belong to, and, based on their browsing habits, who is more likely to be interested in a cosmetics ad. For a price, Facebook takes a business’ ad and promotes it to the right people that will get that business the most likely sales. Google does the same, but they place these ads on monetized websites.

YouTube provides a platform for everyone to view and share videos, though some videos are restricted based on age, location, or YouTube’s premium services. Only registered users can upload, rate, comment, watch videos deemed appropriate for people at least 18 years old, and report videos as well as subscribe to other users.

It’s not just everyday people on this site: you also have musicians uploading their content, studios publishing their trailers or teasers, or even live streams of important events, including political events such as the inauguration of the United States.

YouTube was created by Chad Hurley, Steven Chen, and Jawed Karim, three former PayPal employees. After finding it difficult to share their videos and find videos online, they decided to begin a video-sharing platform where users can easily find the videos they need because everyone was posting on the same platform.

What began as a venture capital startup in 2005 achieved success and, within a year, Google bought the website for $1.65 billion. It is the second-most popular website in the world and has over 400 hours’ worth of content uploaded every minute. 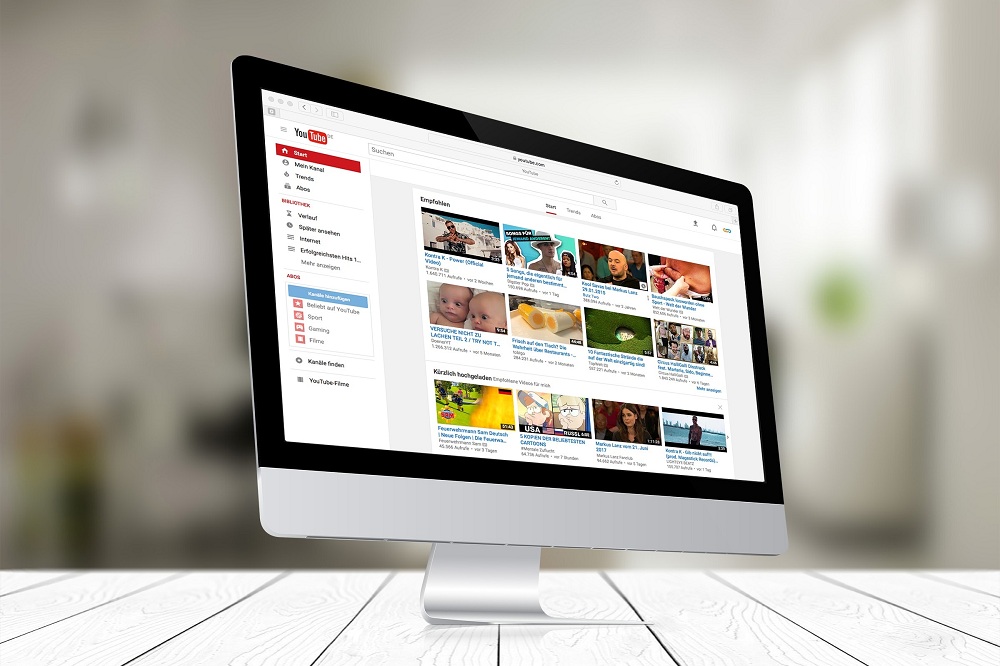 These services also provide video-sharing services, but for a price. In exchange, viewers get ad-free videos, better quality videos, and exclusive content created by popular channels.

While YouTube also makes money through the same way Google and Facebook do through ads, unlike the two, everyday users may also benefit from YouTube. In fact, to get more advertisers willing to pay for their ads to go on YouTube, the website has to help its content creators increase in popularity.

YouTube is home to the Let’s Play Gamers (videos where gamers play video games and record themselves playing with their commentary), Beauty Vloggers, and other niches available on YouTube. While some of videos or users aren’t appropriate for ads, the popular content creators who have a large fan base means more viewers for the video. Vloggers earn a cut from the ads placed on their videos, while YouTube earns the rest.

Another one of the more popular social media websites, Twitter provides users with the ability to share their thoughts in 280 characters or less. While non-users are allowed to read public “Tweets” without an account, only registered users can like and “retweet” (share the Tweet to their followers), while only certain users can read the Tweets of private users.

Twitter’s advantage over other social media sites is the presence of news outlets, celebrities, public figures, and other popular individuals interacting with their fans. Compared to the structure of Facebook, Twitter allows users to send Tweets to popular figures. It is not guaranteed that these people will reply, but on some occasions, some popular figures choose to interact. 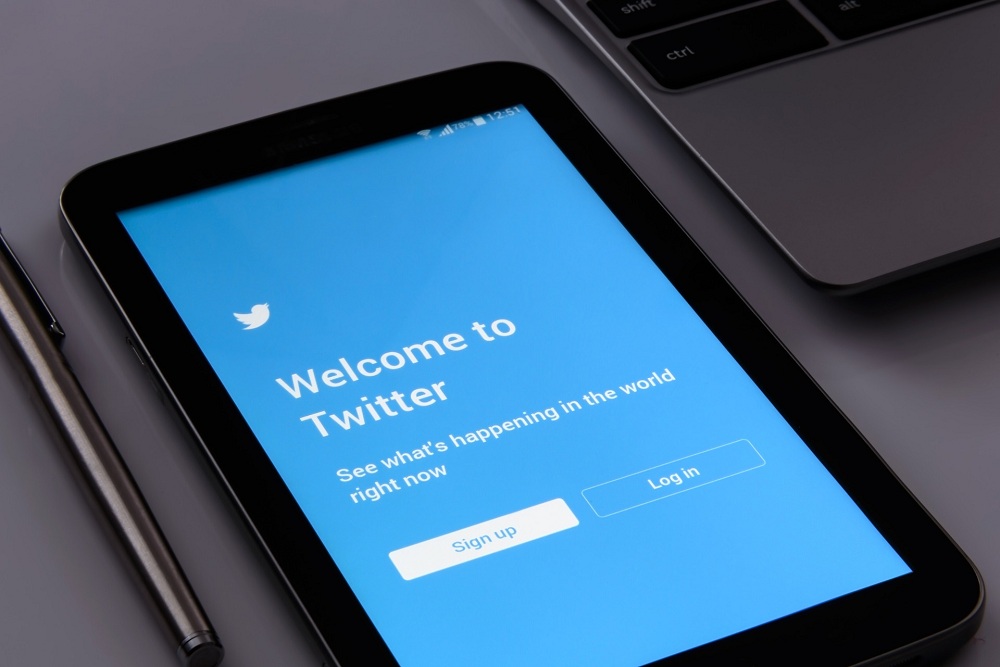 Twitter was founded on 2006 by Jack Dorsey, Noah Glass, Biz Stone, and Evan Williams. It eventually caught the attention of the public, becoming the sort of text messaging service of the internet, and gained millions of users on Twitter. As of 2018, there are over 330 million users: 69 million in the United States and 261 million internationally.

Because of Twitter’s size, it’s doesn’t offer any other service than the platform it provides. To get the Verified stamp on your account, you need to be an important person or a person of public interest. The President of the United States or a popular rapper will get a verified tick even if they receive a lot of criticism or aren’t popularly liked by all, but because they are notable figures to the public, they get verified. And you, an everyday person with no fans, are unlikely to get one.

Twitter makes its money similar to Facebook’s sponsored posts. Instead, however, it shows sponsored Tweets according to the user’s info.

There’s a lot more information I left out, but because we’re dealing with tech and websites, it’s mostly just technical information that not everyone may understand. However, this is the basics you will want to know about four of the most popular websites on the internet.