Although social media had been around since the early 2000’s, it wasn’t until the end of the 00’s/the start of the 2010’s when it crossed over from internet oddity into a major socio-cultural pillar and an age-creating/age-defining piece of technology. One of the key techs that drove social media forward was, at the time of its launch, a little-known website then-called “Twittr!” that boasted a simple UI which supported only 140 characters per update.

But it was little-known for only a very short period of time: by 2009, just three years after its official launch (the first ‘’official’’ tweet was sent out by Twitter co-founder Jack Dorsey in March 22, 2006), Twitter had grown by 200%, with 18 million users that represented a little less than 4% of adult internet users worldwide. By the end of the decade in 2019, more than 330 million new users signed up in the first four months of that year alone.

As one of the ‘founding fathers’ of the social media age, it’s no exaggeration to say that Twitter has had a profound impact not just as an internet hub for personal updates, but as a taste-making institution with far-reaching effects that dictate culture, society, commerce, and even politics. To underline this, the Oxford dictionary added the word “tweet” to its verbiage back in 2013, further cementing the prominence of the app in today’s society.

In this article, we take a look at the evolution of Twitter from a visual perspective: from font and UI to UX and logo.

As of 2020, Twitter uses a font called “Helvetica Neue”, an off-shoot (or, some say, an evolution) of the popular ‘Helvetica’ family of typefaces. The Helvetica typeface was originally designed in 1956 by Swiss typeface designer Max Miedinger. Originally named “Neue Haas Grotesk”, it was later renamed to Helvetica and it quickly became one of the most popular typefaces in print, from newspapers and magazines to flyers, tax forms, and most famously, Barack Obama’s Presidential campaign.

But it wasn’t always like this; in 2014, Twitter adopted the font “Gotham Narrow SSm”, a typeface produced by New York-based type foundry Hoefler & Co. Twitter changed the font ostensibly for Gotham’s much more relaxed and slimmer design that made it easier to read on smaller displays like smartphones.

However, the shift was an unpopular one, as long-time Twitter users complained about the font’s unpleasant unfamiliarity and rallied for the company to revert to the original font. Eventually, Twitter decided to roll-back the change and go back to Helvetica Neue as its default web font after realizing that Gotham Narrow SSm did not have type sets for foreign languages like Arabic or Chinese.

What is Twitter’s Logo?

By now, Twitter’s blue bird logo has become synonymous with the app. Easily recognizable, with a clean and elegant design, the Twitter logo actually underwent massive changes since its inception; in fact, the prototype 2006 logo of twttr! is pretty much unrecognizable to the logo we have today: 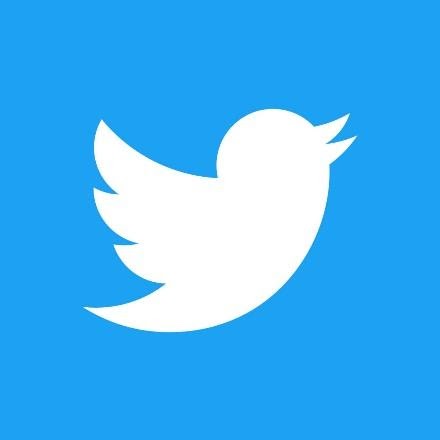 Designed by Twitter co-founder Noah Glass, the prototype logo was supposed to “inspire youthfulness” and to inspire new-ness, something Glass valued as he said that “old is boring, and nothing is worse than boring”.

Thankfully, both for Twitter and everyone else, they redesigned the site ahead of its official launch, with Twitter founders engaging the services of renowned graphic designer Linda Gavin to completely overhaul Twitter’s public face. Thankfully, she came up with this, more recognizable, version:

By 2010, Twitter decided to add the now-famous Twitter bird logo. Originally called Larry (as in, Larry the Bird, named after Legendary Celtic’s player Larry Bird), the Twitter bird became ubiquitous with the site, and he was soon added to the existing logo:

Notice, however, that this version of the Twitter bird is a slightly more complex and intricate version of today’s logo. In fact, the version we all know and love today didn’t come out until 2012, when graphic designer Douglas Bowman unveiled Twitter’s new logo and brand: 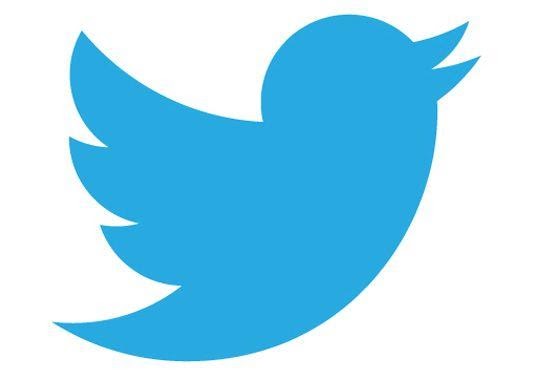 Dropping the word “twitter” was a bold move, but a highly successful one: Twitter knew that they had become household names, so they were now able to rely on a purely symbolic logo for a cleaner, more stylish look, while still retaining brand identity with their users.

How Has Twitter’s UI/UX Changed over the Years?

Despite being one of the forerunners and builders of the entire social media world, Twitter has had to undergo multiple changes and evolutions to their UI/UX since 2009, not only to set standards but also to keep up with an industry that is evolving continuously at break-neck speeds.

A month later, in July of 2009, Twitter allows hyperlinks to be associated with hashtags. Hashtags were always a part of many people’s tweets (with hashtags origins being directly linked to actor/director Chris Messina on August 23, 2007), but this was the first time that it became an interactive link that people can click on. It became one of Twitter’s most important features, with various accounts using it as a way to collate information/disseminate information to various users across the Twitterverse.

In November of the same year, Twitter introduces the “retweet” function. Prior to the retweet function, Twitter users had to manually copy another account’s tweet and write either RT or #RT at the end, to indicate that it was a retweet. Twitter noticed this and made it easier for users to quote their favorite tweets at the tap of a button.

But perhaps Twitter’s biggest rollout was in September of 2010 with the introduction of “New Twitter”, a massive interface overhaul that made videos and photos viewable within the Twitter website. It was the first major UI/UX update of Twitter since 2009 and would become the basis of other design overhauls.

One of Twitter’s biggest releases, however, was an external app called Vine. Vine was a video-sharing app that allowed users to shoot and share six-second looping videos that were viewable both on the Vine app and on Twitter. It was Twitter’s way of translating their limited text experiment onto video. Although the Vine app has since shut down, it became a massive cultural trend that featured some of the best moments in internet meme history.

Fast forward to 2017, and Twitter releases its most controversial update of the decade: increasing the character count from 140 to 280. Twitter argued that, while it still believes in brevity, increasing the character limit was a way for people to more accurately express their thoughts and moments. The move became a hotbed of discussion, with people equally divided in opinion: one side argued that this was in violation of Twitter’s original spirit, while others praised Twitter’s continued evolution.

But Twitter’s latest and biggest overhaul was in July of 2019 when it completely redesigned its desktop website for simpler navigation while adding more features, like an expanded Direct Message screen and a dark mode for both desktop and mobile versions.

2019 saw 330 million monthly active users. Although this is still a very sizable amount of people, it’s a stark decline from the previous year, which saw 336 million active users. Never the less, Twitter’s impact on the current world zeitgeist can neither be denied nor stopped; as for what’s in store for Twitter in the coming decade, expect it to be in line with advances in digital technology (Twitter is already experimenting with 3D photos, augmented reality features, and many more), with the company either adopting new trends or starting them.